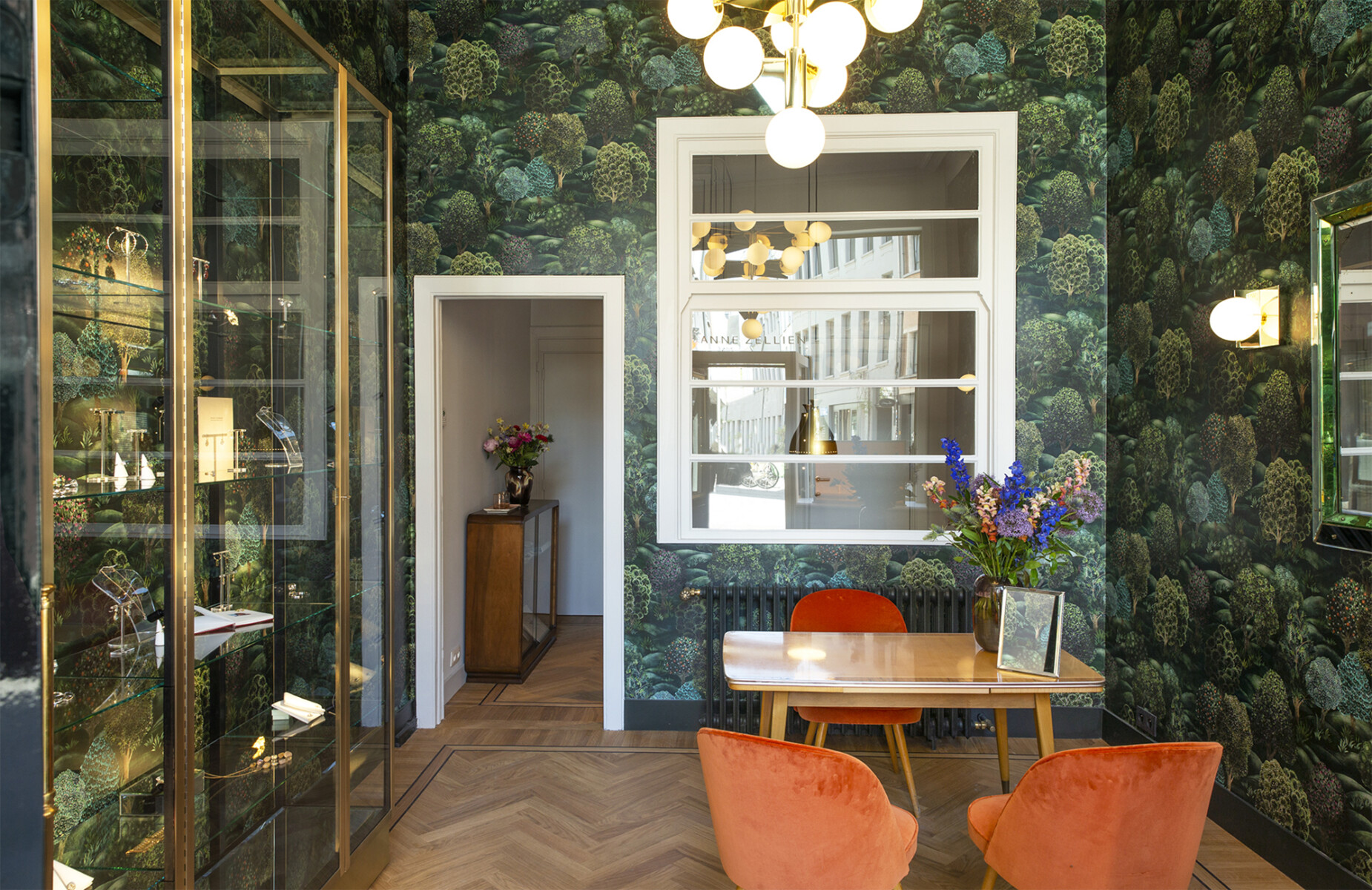 The new layout of Anne Zellien’s jewellery shop, designed by interior designer Lene Van Look, demonstrates how you can turn a tiny shop into a monumental space.

Whilst her friends are retiring 1 by 1, Anne decided to celebrate her 63rd anniversary with a profound renovation of her jewellery shop in the Kammenstraat.

The idea came about during a short holiday in Portugal with interior designer and friend Lene Van Look. Sitting on a terrace overlooking the ocean they often exchanged ideas about interiors and during a trip to the University of Coimbra they both had the same attention to detail and respect for the proportions and finishes of this historic site.

Anne had been following and admiring Lene’s work for some time and was now inspired to entrust her with the interior decoration of her shop. After a few days of discussion, they had visualized the new concept of the shop without so much as a single pencil stroke. The shop would have an eclectic, British look. On returning home, Lene set about outlining the facade and the interior.

Lene decided to completely tear down the shop window, to replace it with higher windows and move the door to the middle and slightly backward so as to create a small porch and 2 window displays. This intervention immediately created a sense of space and light. The woodwork was painted in a deep dark green, almost black high-gloss lacquer and finished with a brass frame.

The shop interior was restored with respect for authentic elements. The mouldings and workshop window were preserved, the heating elements were replaced by cast iron ones.

Lene and Anne opted for dark green wallpaper with forest design by Cole & Son, a distinguished pearl grey shade for carpentry and ceiling and a deep orange velvet for the existing Thonet chairs. The striking gold chandelier by Tom Dixon, which Anne singled out last year, was allowed to stay and beautifully emphasizes Lene’s monumental approach.

The back room, which serves as an office, accommodates a painting by Dirk Vander Eecken, Anne’s partner. Anne selected the work from a series entitled ‘Luminances’. 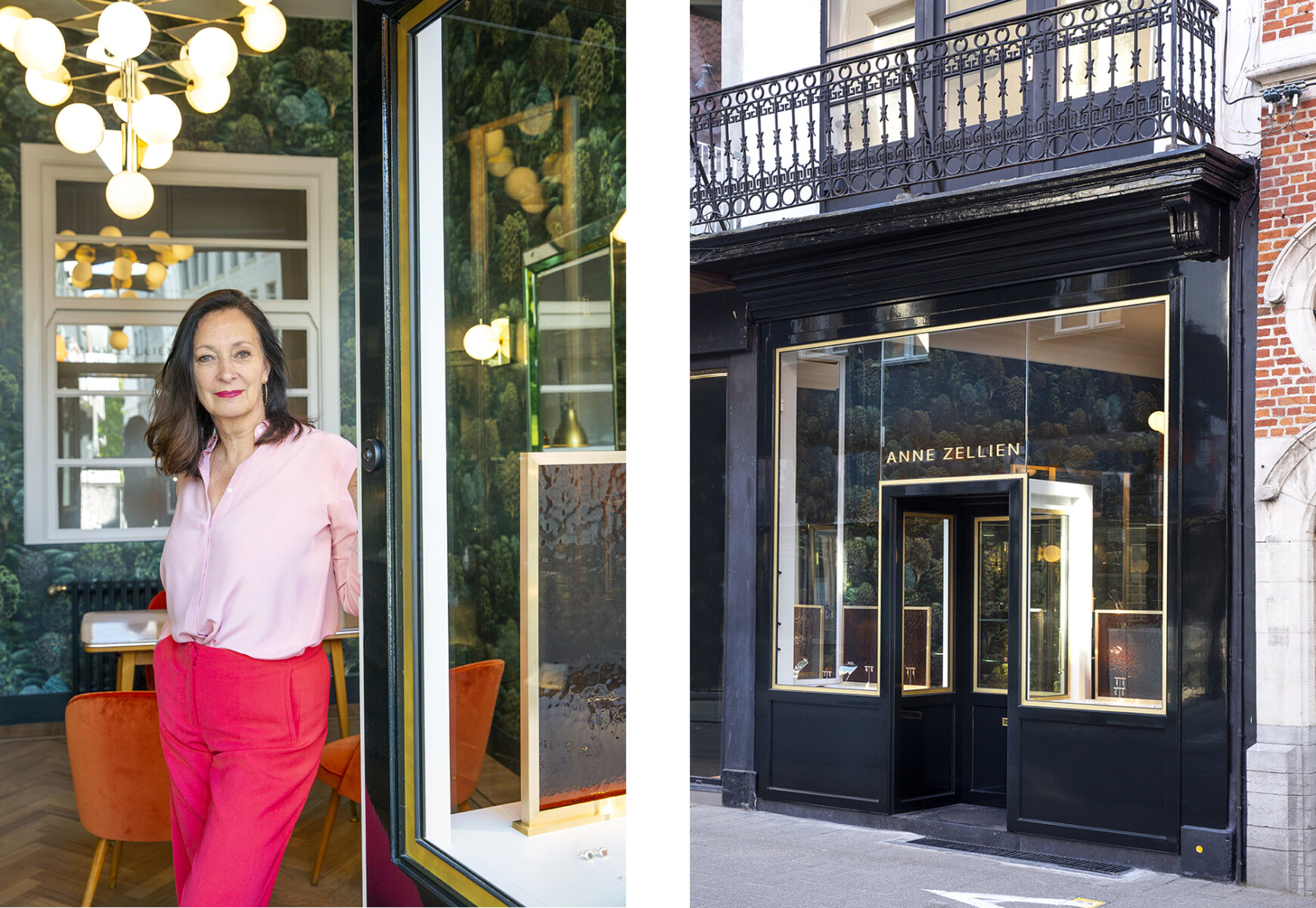 Scroll Up
0
Your Cart